Venus sashays into your 5 th of utter fabulousness on the 1 st asking you exactly how much charisma, uniqueness, nerve and talent you possess, Leo? Incidentally, the person who coined that phrase — RuPaul, is actually a Scorpio but was born with an extra ability to create illusion and gorgeous glamour thanks to a beautiful conjunction of the Moon and Neptune in his 5 th. He also has Uranus in Leo — designed to stand out in a unique way. So, time to work yours even as you work on those inner needs. Venus in here says: the show must go on! So, reorganise those resources and get ready to wow.

This is your house of words, contracts and communication. Juno is all about the commitment. Say what you mean and mean what you say. With Merc retro until the 21 st , again, please try to avoid signing those important papers until after this date. Mars in here says talk is cheap and actions speak louder than words.

This basically translates into you getting behind those ideas and following through on what you say. Just remember, others may not. Factor this in.


Chiron in your 9 th opposes Juno on the 9 th making this a day to follow through and say it and do it anyway. What are you really doing? Clearing the decks for romance, fun and passion! Get ready to rhumba, Leo. Doors to opportunity, to love and to other blessings on that wishlist of yours, open wide, Leo. Set the energy in motion by acting to make what you want reality so that the aspects can aid you. Take that step and set the scene for your own success, Leo especially at the time of the new Moon in your 5 th on the 26 th.

Success making aspects also light your way ahead with work matters thanks to you answering that growing need within you to make yourself secure and plan for the future. Bear in mind this is still not the best time under which to set real estate decisions in motion. At least until after Mercury heads direct again.

But Mars adds some panache to those plans and also sets you on course towards whatever it is you need to create that all-important sense of home and safety. Ceres has also made a key shift into your 6 th on the 16 th and pointing to a fresh deal in career matters on the 25 th when it trines Uranus in your status sector. That new job or career making move is given a boost by Venus from the 26 th when it too enters your 6 th. Are you prepared to change direction, go with something new and previously untried to attain that goal, Leo?

If so, the odds could be in your favour now. Above all, rock your message and your unique smarts. Ceres rules compromise and the art of the deal. Venus of course rules your bank account as well as that special vault which is your bold, beating Leo heart.

Open up to striking that bargain as Venus and Ceres meet on the 30 th. The deal you strike now could simply be a reflection of that soul evolution journey, Leo. Let love take you on to the next stage. In a nutshell: Being recognised, seen and adored is neither wishful thinking nor vanity, Leo. But a part of your continued soul journey.

Opportunities present themselves for that. And so much more. Jupiter, planet of opportunity and abundance, will spend most of this year in your fabulous 5th. If you were 18 or over 12 years ago, think back to what was going on at that time. Chances are you are now going to see similar themes emerging. No matter what else is happening in your chart and I will get to that shortly , this year is primarily about romance, creativity, following your own personal star, being a star and expressing yourself.

Time to shine! Who do you think you are? Because a lot of the good things that want to enter your life hinge on the answer. Jupiter always wants to expand our experience and then add a magic sprinkle of luck for good measure to super-charge those dreams. But we have to work with him. Showcase yourself. This is no time to pretend to be anything other than who you are. Opportunities to showcase your talents are just one benefit Jupiter in your 5th promises. Do the work, take the first step to living and expressing yourself — then go along for the ride.

Children, young people, the next generation. If you are a parent then your relationship with your child ren will benefit from Jupiter in here. You may also embrace new ideas around parenting as Jupiter rules higher education and philosophy. 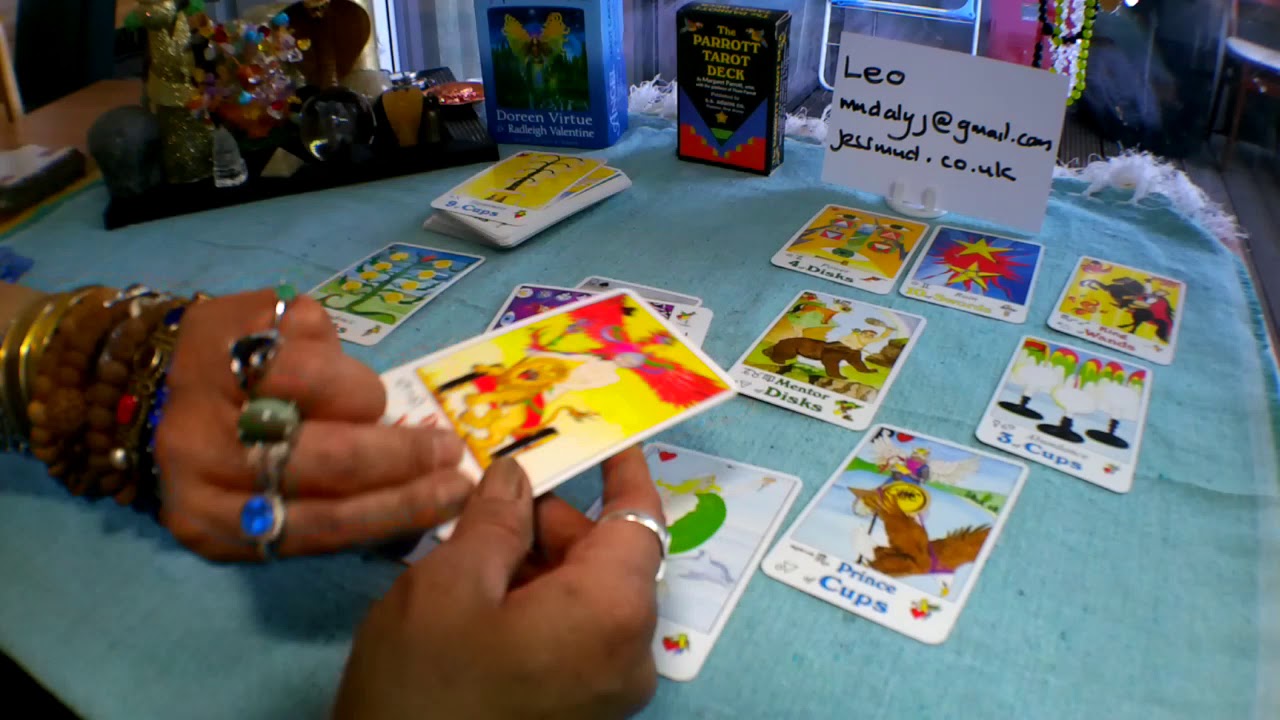 Some of you may decide to become parents under this cycle. A word of caution as Jupiter always expands — if the patter of tiny feet is not for you right now then take extra precautions to ensure this does not happen! Even if you are not a parent or desire to be one, expect children, those younger than you to play a role in the good times for you in Or perhaps this is just about giving your inner child permission to create, have fun and play? We cannot talk about your 5th without talking about love and romance.

Looking for someone who will love you just the way you are? They will most probably be laid-back, well-travelled and effortlessly funny and sexy in equal measure. Like you, they have a generous nature when it comes to those they love. This is also a cycle of creativity where ideas burst forth like stars. Express yourself to impress. Especially when it comes to career matters. The year begins with ruler the Sun conjunct Saturn which rules your career sector in your house of work. You also have a partial solar eclipse happening in here on Jan 6.

I had a great deal to say about eclipses in the forecast for your Cancer neighbours. The reason being of course that eclipses involve both the Sun and the Moon and Cancer is Moon-ruled.

So, your 1st and 7th houses were affected and this would have been about personal relationships, partnerships and you and another be it a romantic, business, collaborative or deep friendship or even that opponent. What we see as the New Year begins is one final eclipse take place in your 1st house on Jan 21 which will be a total eclipse of the full Moon. This is also a supermoon. Remember, eclipses conceal and then reveal. This is all about a deep emotional connection and a release to come.

The first of which as I said, occurs on 6 Jan. The eclipse in your 6th at the start of the year could be setting you up for bigger work and career changes to come. You only had a short time to grasp what this may mean before it turned retrograde and headed back into your 9th again. On March 6 it re-enters your 10th where it will remain for the next seven years. Time to look not just at what you are you alone have to offer in the professional sphere, but also to assess whether the path you are on is the right one for you.

Uranus awakens us. In this instance, you could be awakened to all the possibilities that are available to you when it comes to career choices.

Or perhaps just to your own awesome potential. Do not undersell yourself now or more importantly, underestimate yourself. This may come about in a totally unexpected way.

The opportunity to work with visionary or even influential people or an organisation could offer you the freedom you seek. Uranus in your 10th enables you to generate unique ideas and solutions which you can put to hands-on, practical use. You have never experienced Uranus in this sector of your chart before and never will again in this lifetime. But what I can promise you is that at some point over the next seven years your career path will radically alter and become far more creative, satisfying and ultimately rewarding for you if you are open to experimenting and above all, allowing your inner visionary to take the lead!

Keep both eyes open and above all, an open mind during and just after your birthday cycle this year. The new Moon in your 1st on Aug 1 marks the start of your new cycle no matter what date your birthday falls on. But as the Sun enters your 2nd of money and values it will make its first trine to Uranus from here beaming across something value-adding into your life.

You also have a massive stellium forming in this house which could set off a cascade effect with Uranus and Jupiter bringing you real, material, tangible benefits.

In a nutshell: Love invites you to create and come out and play in , Leo! Leo is a passionate fire sign ruled by the Sun. Query: Concerning a certain Pope or rather female Pope, who is not set down in the list of popes or Bishops of Rome, because she was a woman who disguised herself as a man and became, by her character and talents, a curial secretary, then a Cardinal and finally Pope. One day, while mounting a horse, she gave birth to a child.

Immediately, by Roman justice she was bound by the feet to a horse's tail and dragged and stoned by the people for half a league, and, where she died, there she was buried, and at the place is written: "Petre, Pater Patrum, Papisse Prodito Partum" [Oh Peter, Father of Fathers, Betray the childbearing of the woman Pope]. At the same time, the four-day fast called the "fast of the female Pope" was first established.


However, the legend gained its greatest prominence when it appeared in the third recension edited revision of Martin of Opava 's Chronicon Pontificum et Imperatorum later in the 13th century. This version, which may have been by Martin himself, is the first to attach a name to the figure, indicating that she was known as "John Anglicus" or "John of Mainz.